I have been having this conversation about the relationship between vision, (concert) dance and colonization quite a few times over the past week or so, in the context of the West African dance class at Brown, of which I am currently a Teaching Assistant. Admittedly, this is not an easy conversation, because it demands me to undo my perception of dance, to critically question the things I have been taken for granted and to think the unthinkable. Just think hard about it, how can we really conceptualize dance outside the realm of vision, when that has been arguably  the only metric upon which judgement and critique are based upon?

In the Western world, dance has historically been linked to the theatre and the proscenium stage, within which ballet and later forms of concert dance have been thriving for centuries. Theatre, at its root theatron, means a place to see. Along with the invention of the modern permanent proscenium arch, this division between seeing and being seen is further reinforced, as there is a clear binary between the spectator and the performer. Thus, when dance is developed under this vision machine, nothing else seems to matter other than what choreography looks like on stage. 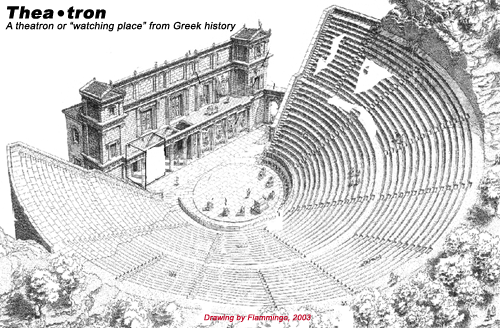 Fig.1 Theatron – A place to see 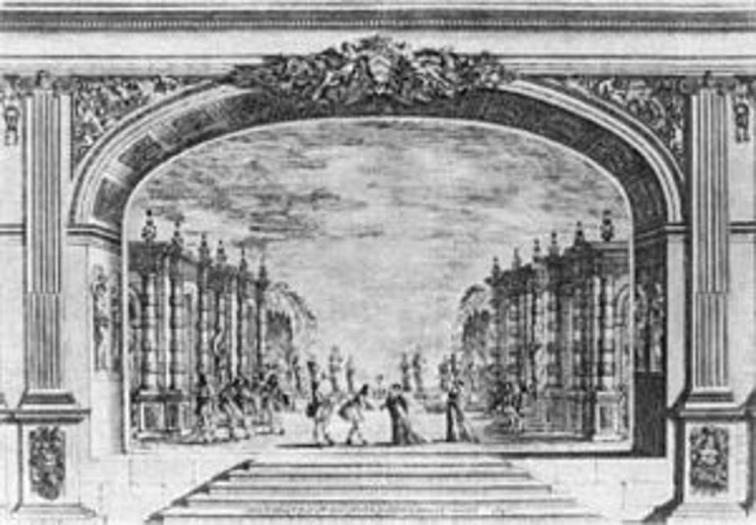 As a result, the  whole dance training regimen in the West is associated with the mirror in a studio setting; this industry is obsessed with the documentation, archival and precise reproduction of “master works”; while there has been tremendous efforts to develop a system of choreographic notation, to universalize the language to describes movements and hence, to reduce dance to movements to be looked at (*cough* Laban *cough*). The colonization of the eye penetrates so deeply within the field that its omnipresence and and its omnipotence are never critically questioned. As a choreographer, I learn to visually delineate the bodies as physical entities in space and time,  in order to codify and to make uniform movements. As a dancer, I learn to subject myself to the mirror, to shape, curves and lines of my body so that I can be the most versatile tool for the choreographer. But most importantly and most dangerously, as an audience member, I learn to see beauty in dance.

Perhaps, this emphasis on vision in dance is not inherently evil; but unfortunately, we are living in a (??post-??)colonial world that renders this system of values not so innocuous. When this metric is so subtly yet viciously imposed onto the world of dance, when the proscenium stage is exported as a technology of seeing, as the place to see dance (the high class artsy type of dance especially), what are the implications for the other (non-white) forms of dance that historically do not operate under the realm of vision, such as hip-hop, Native American or West African Dance, but are now incorporated into this vision machine?

What happens to the embodied history of resistance and oppression in hip-hop is now reduced to body virtuosity? What happens to West African dance as a form of transmission of knowledge, as a driving force of social change and inter-generational negotiation when it is limited to the screenal perspective of the proscenium stage? What happens to Native American ritual form as a way to connect to the earth, to live through their ancestors and to keep their history alive when it is submitted to the white gaze? What happens, what is happening and what is going to happen? Especially with the popularity of videos and the proliferation of its screenal perspective through devices such as computers, smartphones, tablets, I am not optimistic that I can escape this domination of vision any time soon. The question, then, would be how else can I work with vision? What are my strategies? How can I decolonize the eye?

And for you readers, how does this over-reliance on vision perpetuate in your world? The authority of science, perhaps??!? Or the absolute truth of empirical evidence?? How does this serve a larger project of colonization?

6 thoughts on “Vision: A tool for Colonization of Dance?”