This is a 3-part article on queer survival and queer politics. 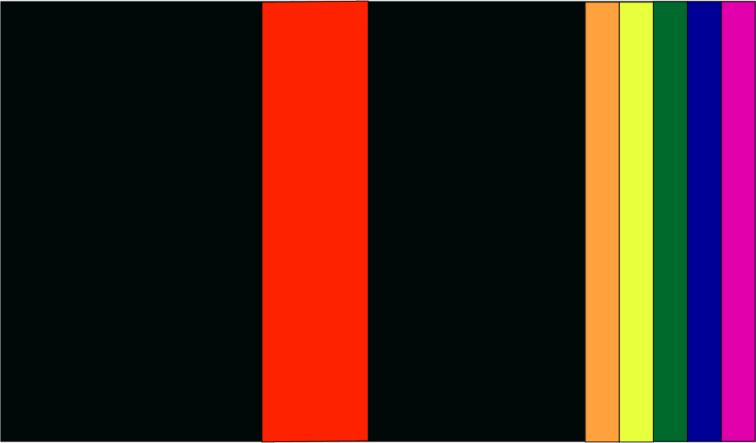 Gaydar is a pun on the word radar, which refers to the ability to spot who the queer ones are in this overwhelmingly straight world. In the heterosexual discourse, the concept of gaydar is often employed by women to avoid the effeminate men, regardless of whether they are actually gay or not (but funnily enough, not by men to avoid queer women). On the other hand, in our fantastically queer world, it allows us to locate our potential sexual or love interest. However, as important as the erotic function of a gaydar, I want to stress more on its ability to detect those who are not queers – and most importantly, those who are queer-phobic.

As my polyamorous sexual being is slowly calming down, while my colorful fabulous queer self is blooming into its fullness which prevents me from camouflaging as a straight man, I gradually realize the significance of this other preventive and non-erotic function of my gaydar. It prevents me from being verbally abused on the street, from being spat on, from being beaten up on the subway trains. I need to know when and where I should not wear a skirt, not put on make up and not dress in heels so that I do not “offend” any toxically masculine men that I might surround myself with (even though I try my best not to have any of those in my life anyway). I need to know what kinds of clothes I should not pack when I go back home so that I do not raise any suspicion in my family, who are unaware of my sexuality and who might disown me after cutting off all financial ties with me in light of that knowledge. Basically, I need a functional gaydar, or perhaps more accurately a non-gaydar, to simply not die.

Not dying is definitely up there in my priority list, if not I would not be sitting here writing about essential items in my survival kit as a queer (unless you do not care so much about being alive in this world, which makes me wonder why you are still reading this). Indeed, I am aware that there are queer theorists out there such as Lee Edelman who argues for the death drive among the queers, which can be conceptualized as an alternative to the heteronormative system that privileged the reproductive life force[1]. Nevertheless, I am more interested in unapologetically and fabulously surviving than driving myself to a place of nothingness, even if that nothingness appears to be the most radical pathway outside of the straight world. For me, to survive is to resiliently wage war against the injustice imposed upon my fellow queers and to insist that our existence matters. Thus, by carrying with me a perfectly functional non-gaydar, I am proposing a strategic mode of fabulousness that radiates in the right time, right place while camouflaging itself when my physical safety can be compromised.

Queer sex is important. Frequent and good queer sex is even more important. In the end, is it not our morally-degraded sex life itself that is at stake here, resulting in us being label as the queers – the strange, abnormal ones in the society? We are only queers insofar as we have queer sex. Thus, queer sex is an inevitable item in my queer survival kit, to constantly remind myself that it is a pleasure to be queer.

Having queer sex is a radical act. It exposes the hypocrisy of the modern society that supposedly confines sex to the private space of one’s own bedroom, exempting one’s sex life from the state regulation or social scrutiny. However, if you are queer, having sex suddenly turns out to be everyone’s business as much as it is yours – it becomes a sinful and unnatural act that is decaying our society morally. Thus, engaging in queer sex has always been a political act, bleeding far beyond that personal realm that sex is supposed to occupy. Queer sex becomes a site of defiance and transgression that destabilizes not only inevitable nature of reproductive function of sex, but it also affirms our desire, our pleasure and our orgasmic truth.

Having queer sex is a creative act. It pushes us into the creative zone because there is nothing “normal” about queer sex. There is almost zero education as to what sex might entails for the queers – everything we know about queer sex comes from our incognito searching sessions on the internet, and from our own imagination. There are no rigid gender roles, no prescriptive sex acts, no instruction as to which orifices we can or cannot use, or if we need to penetrate any orifices at all. While this lack of discourse on queer sex certainly generates some risk regarding sexually transmitted diseases (which cannot be underestimated after the AIDS crisis a few decades ago); on the other hand, this inadequacy in queer sex education serves as a blessing in disguise – our sex life escapes the normative project of this heteronormative society. We no longer operate around what is right, wrong or normal during sex, but we enter the realm of potential, using our own body with its sensation and intensity as the medium to our own sexual truth. Everything becomes a possible sexual organ, leading us into a creative space that allows productive transgression.

Having queer sex is a necessary act. The more sex I have and the more people I have sex with, the more queer people I get to interact with and the less lonely I feel in the world with this publicly-detested identity. For me, it was not until I had sex for the first time that I could viscerally register that there are real queer people out there – they are not the mythical creatures that I have been socialized to detest. Even now when I am very comfortable with this identity, I still need queer sex to remind myself that I am not straight, and I never will be. This might sound redundant; but with recent changes such as the legalization of gay marriage in 2015 in the U.S., sometimes I get caught in the illusion that one day I can finally be like “them” – the proper white heterosexual subject.

Last but not least, having queer sex feels good. When I succumb to the orgasmic force, heavily panting to the rhythm and vibration of pleasure and intimacy, struggling for survival does not seem so bad after all.

(to be continued… Part III)